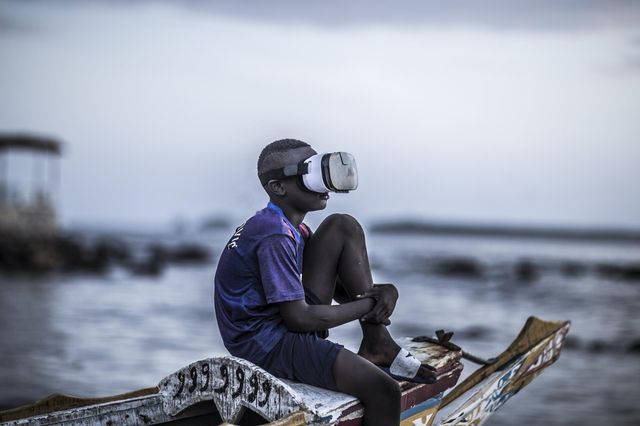 A revolutions occurs when there is a massive economic, technological, social, and cultural change which affects humans to such an extent that it’s often compared to the change from hunter-gathering to farming. It is often characteristed by a quantum shift and convergence in three fundamental technologies affecting economic activity: energy, communications and transportation. It enables a new level of economic activity, and each builds on the previous revolution.

In his book The Fourth Industrial Revolution, Klaus Schwab, the founder and executive chairman of the World Economic Forum, the International Organization for Public-Private Cooperation, asserts that there are actually four distinct periods of industrial revolution throughout history, including the one we’re beginning right now. Schwab describes an industrial revolution as the appearance of “new technologies and novel ways of perceiving the world [that] trigger a profound change in economic and social structures.” 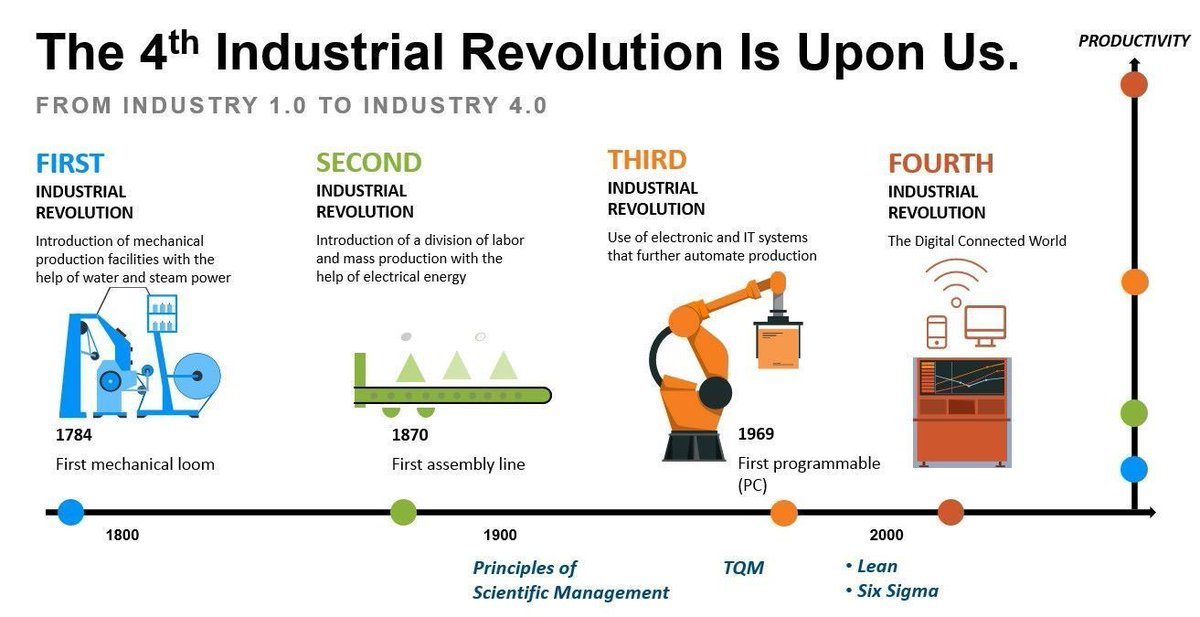 It is generally considered that we have entered the 4th Industrial Revolution. The four are:

Which 15 technologies make up the 4th Industrial Revolution?

There is no one universally agreed list of technologies that represent the Fourth Industrial Revolution (4IR), and many categories have multiple sub-categories. These 15 technologies in the digital, biological, and physical worlds go a long way to describing the main areas that we can expect rapid advancements in the coming years:

What are the potential negative impacts?

Every period of upheaval has winners and losers and almost nothing is bigger than an industrial revolution. Given the speed and complexity of the technologies involved in the fourth industrial revolution mean that every sector, industry, company and individual in the world will be impacted, either positively or negatively or both.

Given that we are only at the beginning of the revolution it is difficult to know the exact impacts, there are three main areas of concern:

We know that the 4th industrial revolution will impact every person, company and government. There is no escaping it.

Governments, who are generally not know for being predictive or agile but rather reactive and slow, will struggle with the enormity and speed of the coming changes. Laws, education, health, employment, age care, security and so on will be impacted. They will need the foresight and solutions from private enterprise to cope.

Businesses that are generally designed for incremental efficiency improvement not revolutionary step change improvement, will also struggle with the coming advancements and rapid competition from nimble startups. They will increasingly need to acquire their upcoming competitors if they hope to stay relevant in the coming years.

Individuals will need to constantly re-skill and up-skill themselves. AI and robotics will replace many blue collar and increasingly white collar jobs.

For investors the companies that utilise the technologies and trends of the 4th industrial revolution will disrupt the incumbent companies and thrive in the new world. They will be developing where investors want to invest and selling into rapidly growing market spaces.

The fourth industrial revolution is the largest and most profound of any of the three revolutions that have preceded it.

“The speed of current breakthroughs has no historical precedent. When compared with previous industrial revolutions, the Fourth is evolving at an exponential rather than a linear pace. Moreover, it is disrupting almost every industry in every country,” writes Professor Klaus Schwab, author of The Fourth Industrial Revolution. This revolution could yield greater inequality, particularly in its potential to disrupt labor markets.

However, the fourth industrial revolution also offers unparalleled opportunities for those entrepreneurs and investors that understand the systemic shift that’s just started.