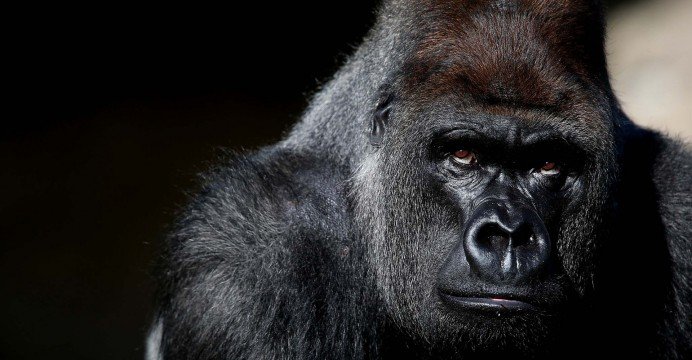 When we look at the past century there are four major tech trends that have occurred in the markets:

The rise and dominance of tech

Below is a chart of the US stock market by sector over the past 200 years to 2018 (source: https://www.visualcapitalist.com/200-years-u-s-stock-market-sectors/):

In 1800 the US market was ruled by the Finance sector. Throughout the 1,800’s the First Industrial Revolution saw the rapid rise of the rail network, and at it’s peak represented 60% of the US stock market.

The Second Industrial Revolution which started around 1870 saw the peak of Transport as the dominant market sector and the growth of Energy and Communications sectors, as oil, cars and telephones grew in popularity, and industrialisation needed the support of Industrials and Utilities for growing cities.

In 1900 Health Care and Information Technology didn’t yet exist and Communications was just beginning to evolve. However, from this time their rise has been steady and relentless, and the market as a whole has become far more diverse amongst the 11 sectors.

While this chart shows IT “only” representing 18% by 2018, this distorts the true power of IT for two reasons:

Below is a table of the 10 largest public companies in the world as at the end August 2019. Technology is clearly now dominant with the top 5 spots, and 7 out of the top 10. 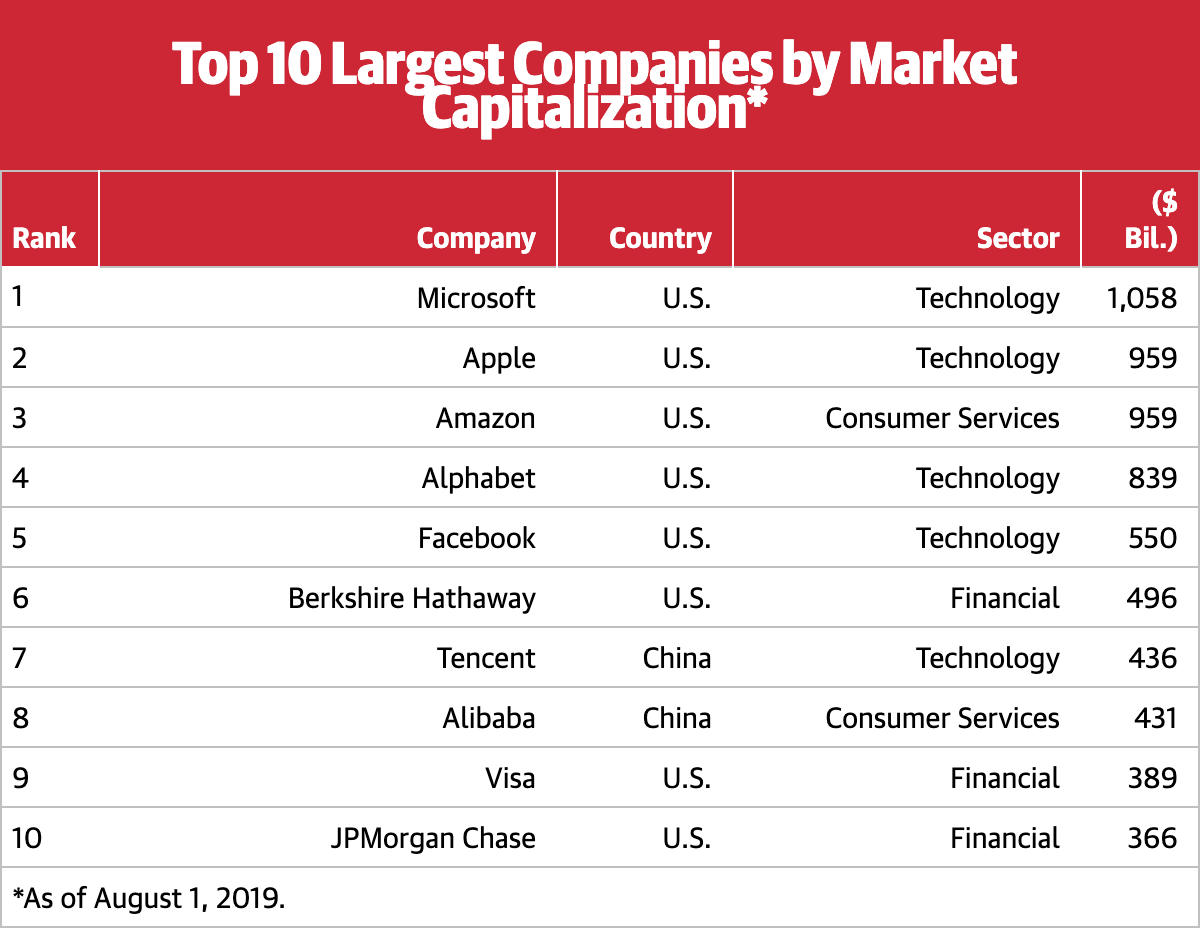 The accelerating speed of change

We have discussed the exponential growth rates of tech previously and so it should come as no surprise that the speed at which tech companies have come to dominate the capitalisation tables is without precedent.

The time it takes for companies to become a member of the top 10 most valuable companies in the world has been dropping over time. From 2008 to 2018 the average time from foundation has dropped from 58 years to 45 years.

This video ranks the top 10 most valuable publicly traded companies in the world from 1997 to 2019 based off of market capitalization. What you’ll notice is the change of sectors over time from energy dominance to tech.

The increasing size of the largest companies

America’s largest companies are much more valuable, on average, than their predecessors. In 1967 America’s most valuable company was IBM, worth some $259 billion in current terms. Apple, worth some 1,300 billion, is five times what IBM was worth a half-century ago after adjusting for inflation.

Watch how the top tech companies have grown over the past 23 years to 2019.

The staying power of the US, but growth of China

Over the course of the last 100 years the US has remained the centre of innovation. It’s unique culture and ecosystem has ensured it’s global dominance as the source of global tech giants.

However, the growth in China’s economy (now no. 2 in the world) and desire to challenge the US is clear. The Chinese government has strongly encouraged their entrepreneurs to build world class companies, and now two are in the top ten highly capitalised companies.

Technology has moved from a non-existent sector in 1900 to now be the dominant sector, representing 7 of the top 10 most valuable companies in the world. In addition, every other sector is highly dependent on technology and this trend is unlikely to change as the 4th Industrial Revolution continues to innovate and shape the world.

The speed of technology’s accession is without precedence and is centred in the US, while China’s will continue to foster it’s ecosystem.

Investors can be certain that technology will remain a growing sector and the US the harbinger of the majority of the “next big things”.